In yesterday’s post, I reflected on that fact that Paul — who by all rights could have received a living from his ministry — chose to forgo that right; “so that in preaching the gospel I may offer it free of charge.” (1 Corinthians 9:18) But I think it’s worth saying that Paul made this choice — not only so that he wouldn’t create a barrier to the acceptance of his message — but also because the gospel’s status as a free gift was essential to what his message was. As Eugene Peterson (author of The Message) puts it in his most recent book:

The gospel, at its heart, is that God loves us and that He has acted in Jesus to save us. But as I remind my congregation occasionally: “God loves us enough to accept us as we are; but He loves us too much to leave us as we are.” And that’s why, in the New Testament lesson for today, Paul goes on to describe the way in which the gospel’s free gift demands the very best of our efforts:

Now, I don’t think Paul is saying here that salvation is a competition and that we’d best work harder lest we lose out. No, he’s saying that the gift we’ve been given is worth much more than any of the temporary trophies of this life; so how could we not devote all our energies toward the goal of living faithfully and joyfully in response to the One who has offered the gift to us?

May we “run with perseverance the race marked out for us, fixing our eyes on Jesus” (Hebrews 12:1-2) as we eagerly anticipate the victory that our Lord provides. 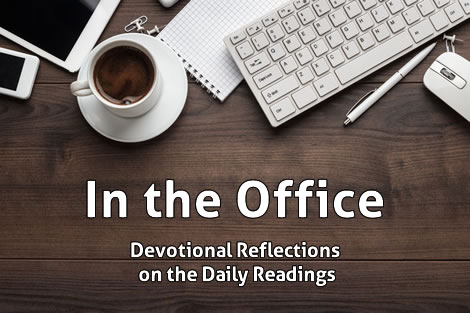